We will peel apart the atom like an apple and discover a seed in its center that is carved somehow with the chicken-scratch autograph of what can only be called God. Though that moment will ruin the word, it will rescue the world, and religion will mean story again.

Every action you commit to in this place creates the brightest light. Burned, pulled into the electrons that energize and power you on. And you will remember, lest ye be remembered, by the lives of all you have eaten, the lives you ran down in the road, the lives you put your hands on without permission. There is life, and consciousness, inside the atom, and therefore memory, and the ability to make decisions.

Push. Pull. Hide. That is what an atom can do.

Ask yourself. Is that so different from you?

We do not have emotions, or any other experiences, accidentally. We’re the same stuff as stars, as oceans, as mountains, yeah we’re goofy and transient, but hell, we’re still here, and as far as I’m concerned, we’re pretty special. We’re storytellers. Our brains are like beehives for information we gather over our years. Electrons are using us to reach out to someone, to something. I don’t claim to have all the answers, but basically something cracked open and atoms started spilling out and over so much time they kept making choices until they became us. We study our anatomy, but we didn’t train it, or teach it. Electrons did that. Traded land and picked complementary crops and bartered harvests and shared labor. Farming. Growing it out to all the sweet stuff and pouty flowers and broad green spades in order to eventually cut it all down and save the only part the Great Farmer cares about. The soul.

The bitter part no one wants to eat.

Eternal life looks more like an envelope of seeds. 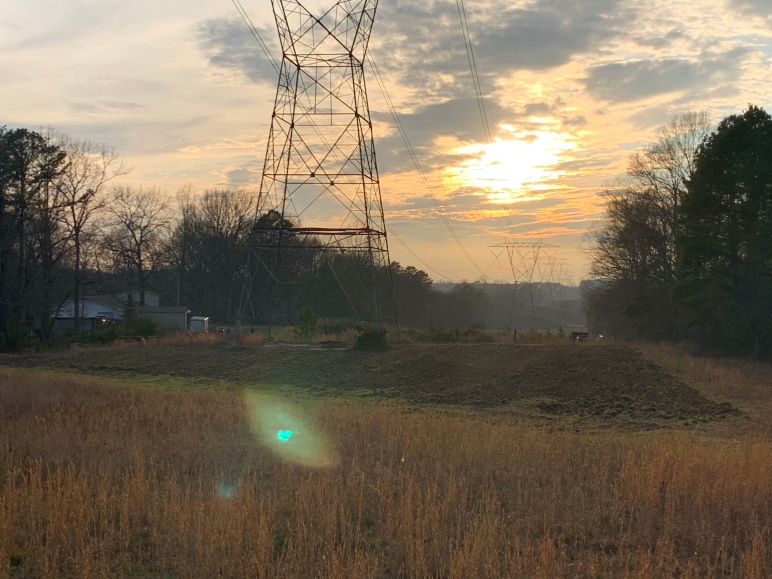 I love words, but I don’t care about words. They haven’t been around long enough to articulate what I’m saying here.

With no design or diagram, after so much, not actually that much, time, atoms have formed so many intertwining biochemical attractions that the molecules and organelle clusters developed autonomous motor functions, even such simple actions as swimming generally left, or right, and eventually, growing beyond osmosis, eating and digesting one another to feed the internal combustion fusion engine. After more time, those building blocks interbreed and intermingle to a frightening scale of complexity and independent decision making and unimaginable size and self-centered ferocity.

There is no thing alive that was not the daydream of electrons. Farming fields all on their own, splitting and tilling until it sustained a shadowless light that had only ever flickered on and off before.

Somehow, the dramatic complexity of our lives also exists on an atomic level.

Evolution doesn’t mean progress. A species is as likely to evolve toward their own demise as they are to avoid it, and history might argue, more likely. So, if all our ‘advancements’ in technology, medicine, food production, hastens our ultimate extinction, well then, humans aren’t the most intelligent creature, are we? Common grass would probably outlive us. Trees almost certainly will. Nuisances like field rats and house mice and insects will benefit from the same circumstances that bury us. Worms for sure, licking their little imaginary lips at this moment. So fixated on the top of the food-chain we’ve entirely overlooked its bottom. Where decomposers make a buffet of predator and prey alike. Of course, we are all on course to be a course for bacteria, fungus, a trillion other pesky neighbors we’ve always put beneath us.

Language, considering how often it harms us, is not a positive advancement, it is a thick silence stuffed courtroom where the jury is still out and the judges are in their office pretending we can’t smell the cigar smoke. If the weapons invented last century end up annihilating us, we won’t be around to concede, but we will have lost this great argument that we are some divine, hyper intelligent transplant in this place, and common things, like houseplants, and inbred purebred dogs, and dung-beetles and dust mites, well, let’s just say they didn’t commit species wide suicide. So, the irradiated, zombie faced jury returns to their seats and the last one of them who can really stand straight enough declares the verdict.

Our kind is currently dumber than the very least of these.

Evolution does not stop with mutation, with innovation, or invention, or vagabond species escaping their nursery environs. Evolution is mutation plus time. Longevity. Sustainability. Evolution can only be determined on a timeline, and ours is frayed and wavering. We are so smart, so capable, right up until we threaten making our only world uninhabitable, and then we are so fucking stupid it hurts my stomach and makes it hard to sleep at night. We are a species plagued by emotions about which we were never given an education. Anxiety. Depression. Happiness. Fulfillment. Chemical cocktails that reduce truth to the bottleneck of our one particular, highly limited vision of ourselves. The idea that we would drop a nuclear bomb on another nation to save our own, as if that would not set a thousand wars into motion, as if our country is not floating on the same molten ocean, as if killing is not the seed of a gigantic, deep rooted, immortal killing tree.

I would sacrifice all of it, all the gadgets, the languages, the governments, the societies, for a good night’s sleep. I would turn off the lights on this moment. So that we could all see how much brighter and healthier our timeline could be. Two steps forward and one step back is still progress. And when compared to sprinting forward and never looking back, it is better evolution.

Our ancestors tried to explain this to us the best way they knew, with reductive, anthropomorphic stories, you know, our people’s preferred vehicle for deep instinctive truth. A tortoise and a hare racing toward a finish line. Spoiler alert: only one of them gets there.

What if you’re not sitting still? You’re not, even when you are. What if the energy in you, in me, typing here, is indistinguishable from all other energy? It would be safe to say that I, the real I, deep inside, have caught up to the speed of light. And consciousness could just be what happens when you brush against that barrier. And life, as we know it, might be more momentum than existence. Governed by laws of attraction more so than physics. What we call imagination in fact may be deep-seeded, primeval memory, and love, an echo rolling along our intangible souls, the leftover scraps from once being indistinguishable.